Samsung Galaxy S20 and Galaxy S20 Plus come with one more variant – Galaxy S20 Ultra. And these are among the greatest android phones with great features which offered by Samsung, so it’s no doubt why they are on top.

Galaxy S20  and S20 plus are mostly similar in features except few as S20 Plus has a slight specs edge. That’s all thanks to a 6.7-inch display, a long-lasting 4,500mAh battery,  with a fourth camera lens can get more storage( optional).

When it comes to the looks as always its design is premium. None the less, both of them is packed with lots of features, like latest 5G Network, reverse wireless charging, built-in fingerprint scanner (in-screen) and water resistance. They are best at everything certainly at this time in the overall android phones.

OnePlus 8 Pro is the android phone we all really waiting for. This is a kind of smartphone that could tussle with big players. While maybe it won’t seem to be a big upgrade over its predecessor but so far it is the most lustrous body offered by the brand.

OnePlus 8 Pro totally achieves all goals of being a great high-end android phone, with very few compromises than else before. It comes with an amazing screen and very lustrous appearance. Cameras are better than previous versions. So, the best part is that when it comes to the competition no other can stand in front of it as no other phone in this price ranger gives you this much features. 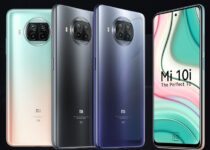 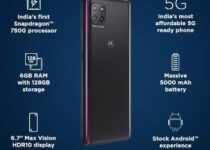