Among Samsung’s three variants the new Galaxy S20 phone is the smallest and cheapest which makes it favourite of many people. The best thing about S20 is that it is packed with all the premium features as of Samsung Galaxy S20 Plus and S20 Ultra from the display screen to his camera skills.

So you will get a 6.2-inch display size with a very fast 120HZ refresh rate, and a premium-quality camera on both sides of the S20 in addition with huge battery life.

If you are looking for the latest Samsung phone with the new specification but don’t want to spend much then Galaxy S20 is best for you. So if you want more storage and high-quality 108MP camera then you need to stretch your price range.

Many great tips and tricks in S20

By default Galaxy, S20 comes with 60HZ refresh rate for the screen but you can change it to 120HZ for better experience. However, it will affect your battery life.

Therefore, you will get the option to hide your daily feed by pressing on an empty space on the home screen, then swipe to right on the thumbnail on your screen there you will see Samsung daily card, from there you can switch it to off/on.

When you press and hold the volume and power button to capture a screenshot, the phone will give you an alert telling you that you’re being slow: To pace up, just tap up or down on the volume button and push the power button at the same time to capture your screen.

Whenever you holding power button Bixby Assitant comes up. If you’d rather have the button just turn on and off your phone instead of calling up Bixby, go to Advanced features > Side key, and select Power off-menu for the Press and hold option.

With dark mode, you can definitely save your battery life and it will not give strain to your eyes. Further, you can even schedule it as per your needs.

Prepare yourself: you have to pay more for the new Galaxy S20 than the previous S10 Because of the new upgrade such as 5G, improved cameras and great screen experience.
In the UK, US and Australia price of Galaxy S20 5G is $999 / £899 / AU$1,499 with 128GB of storage and 12GB of RAM. However, storage can be expanded by the use of MicroSD up to 1TB. On the other hand, if you want a variant with 256GB and 512GB of internal storage, so you can go for S20 Ultra.

For people living in the US, only 5G variant is available for you. However, Specifications of 4G and 5G variant are mostly likewise apart from connectivity.
Eventually, Price of all phones goes down over time and S20 is no exception- mostly the occasional sales lead to the drop of the price a little but it will happen over time.

Samsung Galaxy S20 is offering a 6.2-inch screen size, which exactly 0.1-inch more than 2019’s 6.1-inch Galaxy S10. As it doesn’t affect the overall size of the screen or phone and phone max resolution remains the same as that of recent Galaxy S models at WQHD+ (3040 x 1440).
It is still offering its default resolution for the screen of full HD+ with better looks this time than before. In addition to that, gives you long battery life. Also, this time a new feature introduced which will allow you to adjust your screen resolution to 120 HZ from settings as per your convince but it will cost you more battery power leads to little shorter battery life.

Most importantly, the Big upgrade for the S20 is the great 120HZ refresh-rate display. It’s exactly double the rate at which most of the phone’s display works even Samsung previous versions also. Therefore, it will give you very smoother scrolling and animations.

Especially if you are a mobile gamer then you can have a very great experience on this smartphone because in the world of gaming even slightly scrolling and sensitivity gives you edge over the other opponents also at the same time you feel smoothness during scrolling around your social media feeds.
Although it is not the first phone who is offering this kind of specification. On the other hand, you can say that it’s the first mainstream device who is offering this feature. But it comes with a limitation that 120HZ refresh rate is not WQHD+-compatible that means you have to pick whether you want higher resolution on-screen or faster loading picture.

Touch-sensitivity is also important while playing games especially. So here Samsung is offering 240HZ from 120HZ which makes games more responsive. Normally everyone can’t notice it but a person who play games and more dedicated towards their gaming they will find a difference. So whenever the screen size changing it get both kinds of views as many of us finds phones with smaller size handy on the other hand many feel that smaller size is uncomfortable because of that they want a big screen size. So here is the good news for all those people as S20 is taller but it’s also narrow than S10 with the aspect ratio of 20:9, and the screen size difference is very marginally.

The Galaxy S20 has right now one of the best screens which you can avail on a smartphone. And if you are looking for a smartphone that doesn’t affect your budget you’re gonna love the 563 pixels per inch in this phone.

However, the back panel of the Samsung Galaxy S20 comes with two pieces of glass with an aluminium frame. Curve to right and left of the screen is still there but slightly different what you get in S10.
You may here get a surprise. Surprise because for the first time in the S range 3.5mm headphone jack is missing. Therefore, it means you have to use an adapter but you don’t get with the box. So you have to buy it or use a pair with a USB-C connection.
But nowadays everyone wants everything wireless. So, it won’t be as much disappointing also because Samsung covered you with their Galaxy Buds.

Samsung S20 comes with 5 colours but may not find some of them in your country. Because all of them are not available in every market. The variants are Cloud Blue, Cosmic Gray, Cloud Pink, Cloud White and Aura Red.
But, people from the US and Australia only get the variant of Cosmic Gray, Cloud Blue and Cloud Pink options at launch. However, you may also find the other variant later on. Further, for those form UK can avail all three variant and in addition to that, they can also avail the Cloud White variant.

However, If you look on the specification on paper it maybe won’t make much impact, but I would add Samsung has made many important upgrades when it comes to camera setup on the Galaxy S20, but not all of the upgrades are reflected in the stats you see on paper.

Further, If we talk about the rear camera panel, So the main camera is 12MP with an f/1.8 aperture. Certainly, it may sound inferior to the S10’s f/1.5 + f/2.4 dual aperture, which can adjust itself according to the lighting conditions with the ‘wider’ f/1.5 setting pulling in more light for improved low-light shots.
But here are the things you need to know before making any perception i.e Samsung has increased the size of individual pixels from 1.4 microns to 1.8 microns. Also, larger sensor, Galaxy S20’s main snapper helps you to capture every detail of the picture.

After that, there is a 64MP telephoto camera, which may seem like a big improvement over last 12MP telephoto camera. On the other hand, in this case, the individual pixels are comparatively smaller than the previous camera, but the camera megapixel is far more and also the aperture is wider (f/2.0).
So in short cameras of S20 is good which comes with 3x zoom with the best quality also there is 30x zoom option if you need which not so much useful. But Galaxy S20 Ultra comes with an ultimate in zoom capability i.e 100x zoom, which is not much used by people in an everyday shooting that why 30x zoom is more than enough.

Mostly, S20’s 12MP ultra-wide camera has not changed much from previous camera version of S10 – as it has the same f/2.2 aperture, but it comes with a little change i.e it has a smaller sensor with larger pixels. That makes your photos even look better than the previous version.
Meanwhile, Galaxy S20 Plus and Ultra both come with a time of flight sensor that’s not available in S20. Still, without it, S20 cameras are performing very well.

Most importantly, Galaxy S20 comes with the introduction of 8K video recording, and anti-roll correction (up to 60 degrees) which is a part of Samsung’s Super Steady stabilization feature. However, You won’t be able to use these higher resolution and Samsung’s advanced stabilization tech at the same time. So, Super Steady feature is still restricted to a 1080p affair.
Meanwhile, 8K recording is only possible to 24fps, still, it has a big advantage that you can crop and edit videos without affecting the quality if you’re exporting to 4K or 1080p.

However, 8K is a feature that’s still in its infancy on smartphones, and we imagine that most people will be happy shooting at 4K or below, where you get more control over frames per second, 20x video zoom (8K is stuck at 6x zoom), and smaller files (8K footage will eat about 600MBs per minute in the HEVC format).

Here is the new upgrade i.e Single Take mode, which cycles through all three rear cameras over the interval of 10 seconds to take a different kind of photos and videos. Therefore, it will help us solve our dilemma that whether “I should take photos or a video”. So here you will get a feature and it comes handy as you can have both(photo & video).

Certainly, Samsung Galaxy S20 is the best mainstream smartphone that you can have with 5G Technology. Only 1% of smartphones that shipped in 2019 were 5G. However, S20 is mainly 5G by default – also you can have a 4G version of the phone in few markets, but 5G is the new norm, as download speeds will be approx 200Mbps on average, which is 6times faster than 4G network (some parts of the world). That is to say, it also depends on the availability of 5G in the area.

There is a difference between S20 and the other two S20plus and Ultra in terms of 5G capabilities. As only the Plus and Ultra have mmWave antennas, which pull down even faster speeds. But it also has a limitation the range of mmWave is limited – so you need to be relatively close to a transmitter in order to get a speed. 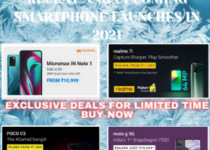